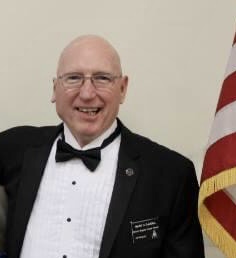 Since 1971, Right Worshipful Brother Caudill 32° has been a member of the Valley of Columbus Ancient Accepted Scottish Rite (NMJ). He is also a Senior DeMolay, which he joined in 1960 in New Carlisle, Ohio. 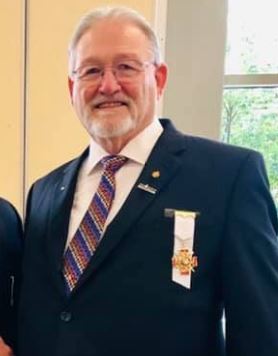 Right Worshipful Brother Crago is a member of Aladdin Shrine, Baldwin Shrine Club, Kam Ram Grotto, and Glenwood Chapter OES.  Right Worshipful Brother Crago is also a member of the Valley of Columbus Ancient Accepted Scottish Rite (NMJ), where he has served the Valley as Lodge Ambassador, County Director, Regional Director, Board Member, and Chairman of the Board of Trustees.  Illustrious Brother Crago 33° was coronated as an Honorary Member of the Supreme Council at Milwaukee, Wisconsin in August of 2019. 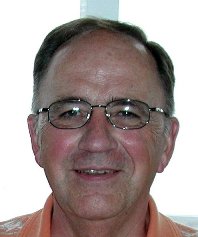 Most Worshipful Brother Douglas O. Brenneman was raised to the sublime degree of Master Mason at Mt. Zion Lodge No. 9 on January 20, 1971, where he served as the Worshipful Master in 1976. He is a past president of the 19th Masonic District and served as District Deputy Grand Master in 1987, 1988 and 1989.

Most Worshipful Brother Brenneman is a member of the Valley of Columbus Ancient Accepted Scottish Rite (NMJ), and on September 23, 1997 at Grand Rapids, Michigan he was nominated and elected to receive the 33rd Degree.  Illustrious Brother Brenneman 33° was coroneted as an Honorary Member of the Supreme Council in Cincinnati, Ohio on September 29, 1998.  He is also a member of the Aladdin Temple Shrine, Baldwin Shrine Club, Utica Shrine Club; Kam Ram Grotto; Heart of Ohio Council No. 258, Allied Masonic Degrees; Clinton Chapter No. 26, Royal Arch Masons; Kinsman Council No. 76, Royal and Select Masons; Clinton Commandery No.5, Knights Templar; and Knox Chapter No. 236, O.E.S.  He also received the Honorary Legion of Honor from the International Supreme Council, Order of DeMolay, on September 13, 1997 in Cleveland, Ohio.